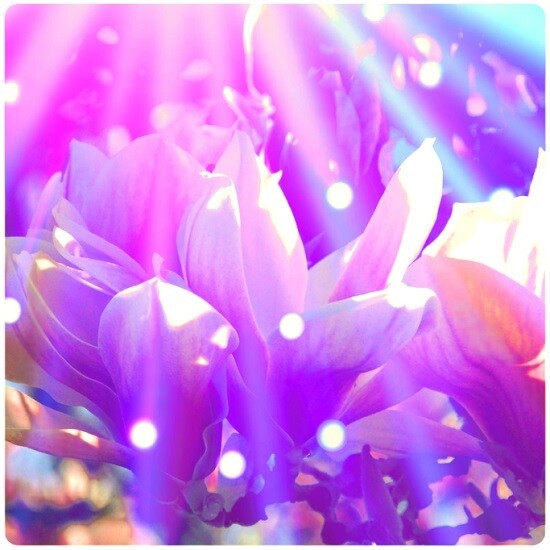 On March 12, 2021, we learned from The Seer Almine that we will transition to a new level of mind function on the day of the Summer Solstice. We will find ourselves in completely new life circumstances, having reached a depth of Infinite Wisdom that was previously inaccessible to us because of our limited receptivity. Literally in just a few days, we will find ourselves in a new dimension, with new capabilities of our mind that will give us access to perception capacities never before available to us. As we know, our current capabilities depend entirely on our current range of perception. Another thing that is special about this event is that the evolution of mind occurs not only in the lives of the Original Ones, but in all of humanity. According to Almine, this event will create a new planetary future, in which people will more harmoniously co-exist and interact with each other. This is very joyful and inspiring news that fills our hearts with hope for a peaceful and prosperous future for the Earth.

According to Almine, the creation of new minds in us will occur on the day of the Summer Solstice – June 20, 2021, at noon Pacific Daylight Time (USA). But it will take time for the maturation of our new minds.

The Sound Elixirs of the Musical Ceremony, “Evolution of the Mind,” enhance the activation of our new minds and their subsequent unifying into one Eternal Mind. Accordingly, aside from their Ceremonial use on June 20, 2021, after 12:00 noon Pacific Daylight Time (USA), they also serve as a key instrument for the further development of our new perceptive capabilities. Before beginning the Musical Ceremony, “Evolution of the Mind,” we recommend using the new Alchemical Oil, “Eternal Mind”

Incorruptible Eternal Mind is born from the Eternal Perspective, in which we see only perfection in every expression of life, without exception. The evolution of the human mind creates a possibility for peace, harmony, and prosperity on the Earth.

The Musical Ceremony of the Summer Solstice, “Evolution of the Mind,” consists of 5 Sound Elixirs – the creation of the 4 new minds and their subsequent unification into one Eternal Mind.

The Magical Mind is located, in the body, in the area of the High Heart, in the sternum. It gives us the capability of deep empathic interaction with the invisible magical realms – The Hidden Realms.

The activation of this mind strengthens our receptiveness to receiving spiritual guidance. It is especially active during sleep. It is located in the rear part of the head. It receives and interprets non-cognitive information from the Infinite, which among other things, enhances our ability to interpret our dreams.

Receives and interprets non-cognitive information from our feelings. It is located in the center of our chest.

Sound Elixir 4 – The Door to the Divine

Receives and interprets information about our as of yet unrealized Divine potential. It awakens in us inspiration to discover new abilities. Since inspiration is the voice of the Infinite within us, this mind is called The Door to the Divine. It is active in us both while we sleep and when we are awake. It is simultaneously proactive and receptive. It is felt as a gentle movement in our cells.

It is in material life where the four minds of man will become one: Eternal Mind. This was the reason for the changes in matter. It has become an alchemical equation of all four minds producing evolved matter. The fifth Sound Elixir opens the door for us to enter the mystery of the merging of the 4 minds into the one Eternal Mind, creating evolved matter. In uniting with the Tones of the Elixir, “The Eternal Mind,” we become living portals through which the Infinite performs this great alchemical action.

From The Seer’s personal journal:
Written in 1997 after leaving the physical plane for a month in September of that year

“ ...when thirteen become four and four become one, a spiral is created that defines the movement of life unfolding. It has begun: the journey back to the heart of life’s source (called the “blue road home” by the ancients). Time will slow down and graceful elegance will replace mindless hedonism, restoring hope and instilling the faith that life can be good and wholesome.”

The music of the Sound Elixir album, “Evolution of the Mind,” will pleasantly surprise you with its soft, comforting, and relaxing tones. It may, while you are listening, immerse you into a state of ceremonial sleep – a state of deep relaxation. When we sleep, we are more resourceful and productive for Light Work, because, when our mind is quiet and we simply allow ourselves to relax and enjoy the music,we become open portals for Infinite Intent in action.

For your convenience, we have created an MP3 file with all 5 Elixirs together in the proper order for performing the ceremony (duration 50:28).

Recommendations for performing the Musical Ceremony, “Evolution of the Mind”: