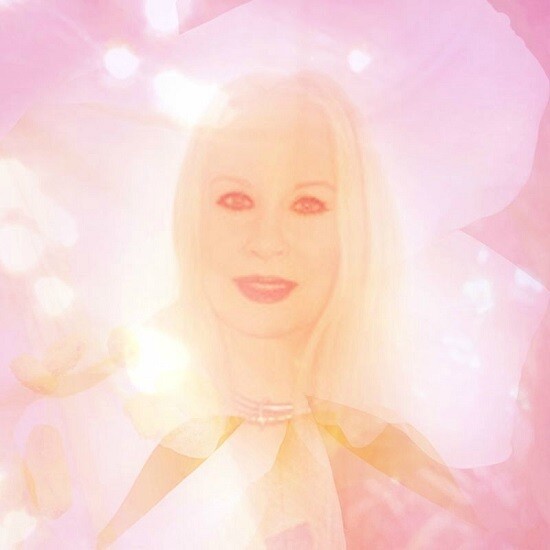 Rise of The Goddess

"Rise of The Goddess"

“The birth of the time of magic” ~ The Seer Almine

We are at the threshold of tremendous Cosmic events. With joyful anticipation and wonder, we await December 21 of this year – 2020. The Seer Almine sent us a message which was published on the site Originalones.org on December 6: https://originalones.org/2020/12/06/the-night-of-t...

Several members of our Lightfamily felt the impulse to conduct a Sacred Ceremony for the healing and prosperity of the Earth and asked Almine when the best time would be. About the same time, we at The Seer Almine’s Studio in Russia, also felt the inevitability of a new musical ceremony.

The December Alchemical Sound Elixirs play a key role in this event. As with any Sound Elixir, the sound alchemy combines black and white light in a way that dissolves illusion – in this case, all the illusions that block our path to entering the new reality beginning December 21. Alchemical Sound Elixirs transmit Infinite Intent directly into our cells and DNA, bypassing the filters of mind and feelings. As a result, we become living embodiments of ever-evolving Infinite Intent.

As a response, our musical trilogy was born: the album “Rise of The Goddess,” comprised of 3 Ceremonial Sound Elixirs. This is a Musical Ceremonial Trilogy, unsurpassed in its power and significance, in connection with the mystery of the astronomical event of December 21, which The Seer Almine revealed to us, and called us to participate:

“It would be very advantageous to plan a large ceremony for the 21st of December. It's the night of the Bethlehem star. The night of a holy event on Earth. The ascent of light yields to the ascent of frequency. The birth of the time of magic. For the first time in nearly 800 years, Jupiter and Saturn will align in the winter solstice sky to become what is known as “Christmas Star” on December 21. The last time this rare celestial event, called “the great conjunction,” was observable, was March 1226. The conjunction will create a brilliant point of light called the “Christmas Star” or “Star of Bethlehem”, capping 2020 off with a celestial Christmas” ~ The Seer Almine

We come together in timelessness for the Rise of The Goddess Musical Ceremony – starting from December 21, at whatever time is most convenient for you.

What new magical possibilities await us on December 21? Imagine the Universe responding to your every word and thought almost instantaneously. Every moment, you will interact with magical synchronicity of beneficial outcomes. You will always be in the right place at the right time with the right people. Your rational mind will be completely replaced with effortless knowing. And much, much more, which we are unable to articulate at this time – we are entering The Unfathomable and The Inconceivable. The Sound Elixirs “Rise of The Goddess” will provide support, on the level of frequency, for our ability to fully function in our new reality.

Besides using them for the Ceremony on December 21, these elixirs can become your constant life companions. The light, etheric sounds of the music create pleasant background music for your daily activities. The calming, unintrusive, and yet magically empowering music of the album “Rise of The Goddess” can play quietly in the background in your home or office space, while you are working at the computer or doing work around the house, creating an atmosphere of magic and miracles.

Recommendations for the Musical Ceremony “Rise of The Goddess” December 21:

The album “Rise of The Goddess” consists of 3 Sound Elixirs:

For your convenience, we also have created a combined track, "Rise of The Goddess Ceremony.mp3". This includes all 3 Ceremonial Elixirs in the correct alchemical order for listening during the Ceremony.

The Sound Elixir The Bethlehem Star will always accompany you through life with its Magic Light. It will become your musical power object and magical personal assistant, before and during vitally important meetings and events, and also in working out difficult life situations.

The Sound Elixir The Realms of Praise was born from the recent message from The Seer Almine, from which we found out that we had transitioned to a new evolutionary level: “I've been watching you and I could see that you have recently moved into an even more magical level of existence than you usually occupy”. – The Seer Almine. This is the Reality of Praise. You can find more details about this here: https://originalones.org/2020/11/28/the-reality-of... If we listen carefully to the sounds of The Realms of Praise, we can learn a great deal about our new magical abilities.


The Sound Elixir A Life of Miracles was named for The Seer Almine’s first book. The book, A Life of Miracles, became my first guide into the world of The Seer Almine, in 2007. The birth of this Elixir was an unplanned surprise, but as became obvious, it was born in perfect Divine timing, as an integral part of the Alchemy of the Ceremonial album, completing the process of the threefold activation of the Magic of the Goddess in us. It is almost like this is the musical analogy of the recently released online course Feminine Ascension Trilogy (originalones.org online store).