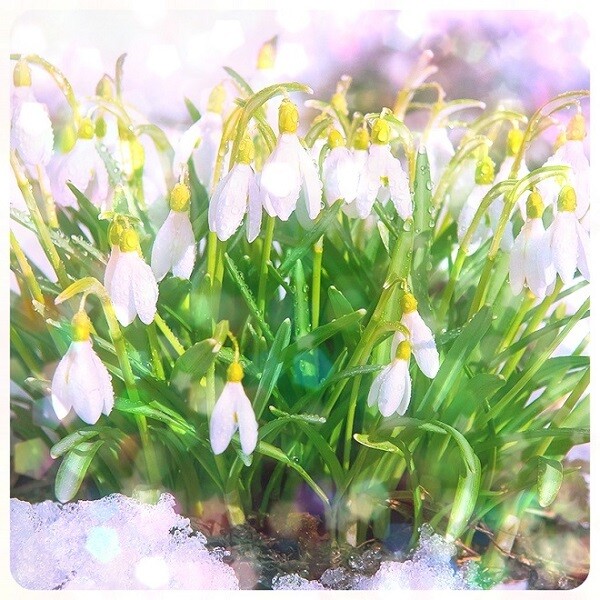 Very recently, we received another prophetic transmission about the future of the Earth, which The Seer Almine received from beings in the constellation of Lyra:

Fear not the future of the Earth and its inhabitants

Nor think (pessimistic thinking) that you know its outcome. For during these days, the reality of the planet and is creatures is being elevated to a more ameliorated one.

We are told not to fear the future of the Earth, else we materialize our fears. We cannot know how future events will play out until we create them with our feelings, thoughts and imagination. According to Almine, our thoughts, together with our feelings, create our reality. Consequently, we are the only ones who can determine our future, and we have the opportunity to create a better, more satisfactory one. While the Elixir is playing, allow yourself to see and feel the associations that arise when you hear the words “a more ameliorated reality.”


It is for this reason the Studio of the Seer Almine created the Sound Elixir “Rising Higher”, whose alchemical potency dissolves all illusions blocking the elevation of the Earth to a new reality. As with any new reality, this is created first within us as a feeling – any process of manifestation starts from the level of feeling. In fact, we create our reality with feelings. For example, if we feel love to ourselves, then everything around us will become permeated with love, and, as we know, true Divine Love to others comes from the abundance of our love for ourselves. If we live in fear, subsequently, everything around us starts to reflect our fears. The music of Sound Elixirs contains alchemical properties that dissolve fear, and all that is left is Divine Love that is our true nature. Fear is an artificial illusory state, and for this reason it feels like a “foreign body” in our consciousness. When a foreign object gets into our physical body, the automatic reaction is to reject and expel it, which can result in symptoms of food poisoning and other similar reactions. The same thing happens with fear. The effect of the Sound Elixir “Rising Higher” supports an effortless and painless removal of fear from our system – once freed, we naturally and effortlessly soar upwards to new, more refined and ameliorated realities. This new space manifests in our reality without any sort of added effort on our part, because, with no “foreign bodies” blocking us, we become nothing other than living channels of the Infinite Being – there is no need for us to try to become what we are by nature.

The purpose of our musical Ceremony, “Rising Higher,” is to just allow yourself to listen to the music of the Elixir and deeply feel yourself, your Divine Infinite Self – in other words, to just feel your true self. The alchemy of the Sound Elixir“Rising Higher”dissolves all illusions that block our true perception of ourselves, and then a new, more refined and ameliorated reality becomes a natural side effect. The music of the Sound Elixir “Rising Higher”, like any other Sound Elixir, can also serve as a musical background, creating the atmosphere of High Alchemy in your space.