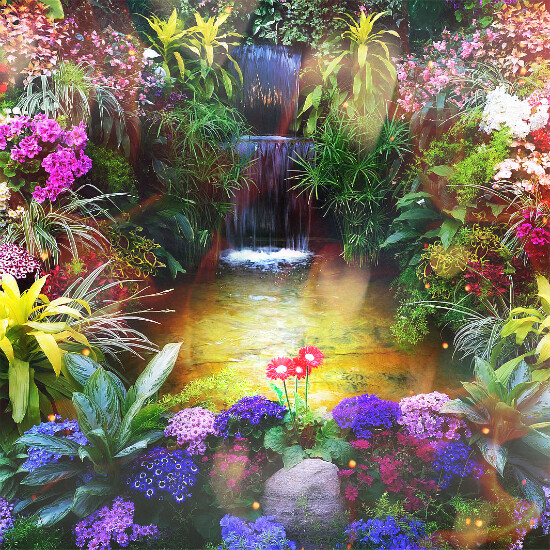 During the September Retreat (September 23-27, 2019), The Seer Almine stressed the importance of understanding and proper use of our Divine power. The album The Seven Powers is an activation of the 7 expressions of our Divine power to create, heal and uplift.

This power represents the unfoldment of creation. It is that which becomes greater than its original state. This expanding power is an urge that compels all creations to be more than what they are at present.

This power is activated by the Ascension Attitudes – Love, Praise, Gratitude and Trust. It manifests in a person who keeps his eyes fixed above the storm – who consistently focuses on the perfection underlying appearances. A person living these attitudes adheres to the law of levitation and overcomes the law of gravity, thereby overcoming aging and death.

It is the power of sacred geometry forming the lines along which creation takes place. It gives form to abstract concepts. It is like the metal gridwork of a building that holds the structure together.

This purifying power dispels blockages of dead energy and any filters that stand in the way of receiving light. It can be used to clear accumulated density from the environment or the body. As an example, this power is the propelling force when you send violet light through someone’s body for purification purposes.

It represents the primary purpose of creation itself – to include. This power transforms by embracing all things within itself. We utilize this power by including the unknown within the known by gathering the lessons within our experiences.

It is that which recreates itself. An example of this is faith. It is simply a mindset that reproduces and manifests itself in outside circumstances.

This power defines a state of being in perfect equilibrium or rest. It is the result of an awareness that realizes its Oneness with all creation and that there is no point of arrival. When functioning with this power, all desires or agendas cease to be, and action is taken from our larger identity as a being as vast as the cosmos. It is the most effortless way of influencing reality