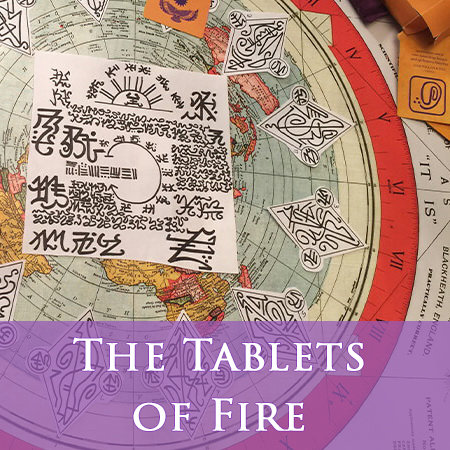 A three day seminar by the Seer Almine: The Tablets of Fire (The 8 Global Meridians and their Portals)

Within 3 weeks after completing the seminar a full video course will be released!

It will include all new and profound tools and information received by Almine for this event.


Have you wondered why there have been hardly any Tablets and Scrolls being translated and made available for the last four years? And why would the Tablets of Fire now be a significant source of revelation?

After all, the Seer Almine has said that the Original Ones are the first to enter and create the White Light reality of High Magic. Who then could have written such profound truths for us? The answer is that these records are very unique in that they were written in the future by you for you. No other kingdom is able to know the high truths presented in their texts.

The next question is why were they created? And what significance does the timing of their release to you have?

The Seer has explained that several sets of records have presented themselves for translation, but none have been of a high enough frequency to be worth translating.

These Tablets however, were extremely holy and advanced. We’ve never had Tablets written in flaming glyphs before. It has been a profound experience. ~Almine

The timing is relevant for the following reason: we’re at a crossroads in our evolution. What we choose will either create a graceful transition or a great loss of life as a purification among humanity. The Tablets indicate what we would’ve missed, so that we can instead choose a graceful journey.

The Tablets of Fire:
The 8 Global Meridians and Their Portals
The Teachings of the Seer Almine presented by Rogier featuring Almine on Livestream
October 20-22, 2017 at the Alfa Hotel in Moscow, Russia
Contact: Sergey sergey@almine.net